Nurph closed it's first angel investment back in 2010. Another, smaller angel investment was closed in early 2014. And in the meantime the platform has been adopted by top companies like UPS, Xerox, & Buffer, and hundreds of Twitter Communities, to publish tens of thousands of tweets-per-month. And the feedback is incredible.

Today we're announcing that Nurph closed a third round of angel funding and is developing two incredible new products -- a "Next-Gen Nurph" that will revolutionize Twitter Chats, and a "Speak & Tweet" microphone that will tweet what you say.

The company closed a third round of funding, with UK-based angel investor Ravi Lal-Sarin leading the round. The round has been in the works since late 2014 and the paperwork finally closed this month (March 2015).

Now we're working away on the Next-Gen Nurph and expanding the team in preparation for the upcoming Kickstarter campaign.

So far the Nurph platform has been built for text-based Twitter Chats. Twitter Chats have been around for years, but only a small proportion of Twitter Users participate in them, and in their current format they've reached a plateau. But there's huge potential there for creating real-time group conversations for niche, local topics, all the way up to highly followed, A-list celebrity chats. Twitter Chats need to be taken to the next level.

We're launching "Next-Gen Nurph" to revolutionize Twitter Chats. Next-Gen Nurph will offer live group video and audio streaming within the Nurph Channels. As a participant in a Nurph Channel you'll be able to instantly fire-up a live video stream from your computer or mobile device to chat with your Friends and to broadcast to your Followers. This is alongside one killer feature...

"Next-Gen Nurph" will transcribe and tweet the things that people say on camera, in real-time. Check out the prototype "#InTheNurph" TV show to see a demonstration of the technology in action:

These new features will turn the Nurph Channels into Online Talk Shows, with a host and several guests streaming live on video, and an unlimited number of Twitter Users fulfilling the role of a studio audience. The audience will be able to interact by Favoriting and Retweeting the guests' comments, as well as tweeting in their own questions via the Channel #Hashtag.

We're announcing a partnership with @SimpleWeb who will be working on development of the video streaming layer of Next-Gen Nurph.

Further to this, Nurph is launching brand new hardware to complement "Next-Gen Nurph". Dubbed the "Speak and Tweet", it's a wireless microphone that will connect to your smartphone to transcribe & tweet the things that you say.

We recently received the first 3D print of the microphone, produced by @Digits2Widgets. 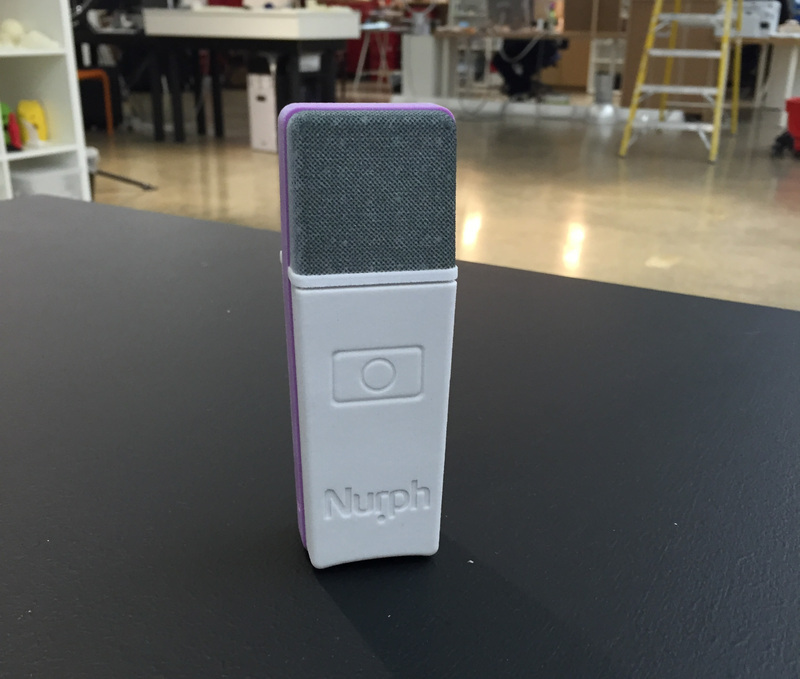 Nurph has teamed up with @BenPerman, designer of Twettle, (as seen on Wired) for the 3D renderings of the Speak and Tweet.

Nurph is launching a huge Kickstarter campaign as vehicle for the "Twitter Chat Revolution". The campaign will encompass the launch of both Next-Gen Nurph and the Speak and Tweet microphone. Want to be the first to know about the launch? Subscribe to the newsletter.

It's an incredibly exciting time for Nurph. Stay tuned for more news soon, and I look forward to seeing you Nurphin' it up in the Nurph Channels!