@Nurph said: Guys, have you noticed how it can be tricky to keep on top of the current topic or question in an ongoing Twitter Chat?
@Eggdough said: @Nurph sure have! I often resort to scrolling up the page just to see what was said earlier.
@Nurph said: @Eggdough well there's a new feature in the channels that pins the topic or the latest question to the top of the Channel!
@Jestly said: @Nurph That's awesome! By the way did I tell you about this one time at…
@Eggdough said: @Jestly! Stay on topic.

Be sure to add #litchat after each tweet, or login at http://t.co/Fr55cyr9cl RT @amalieflynn: @LitChat Thank you - so glad to be here!

- #MHNurseChat: @LexxClarke "s136 & what it means in mental health nursing" 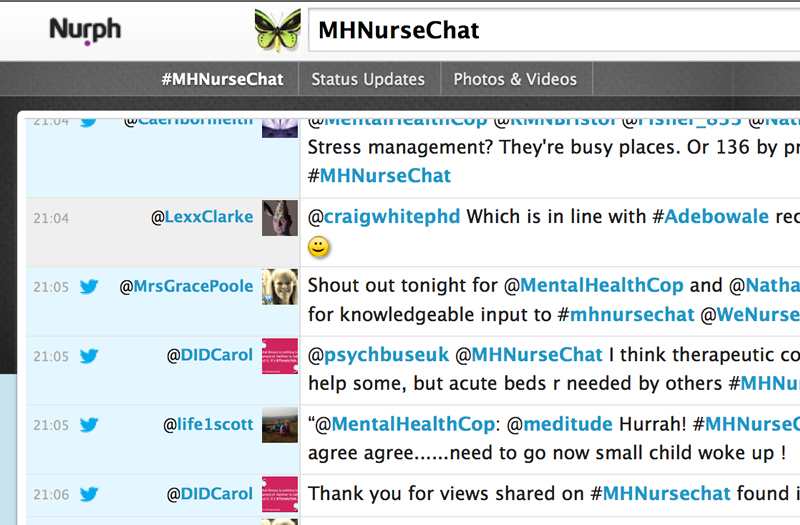 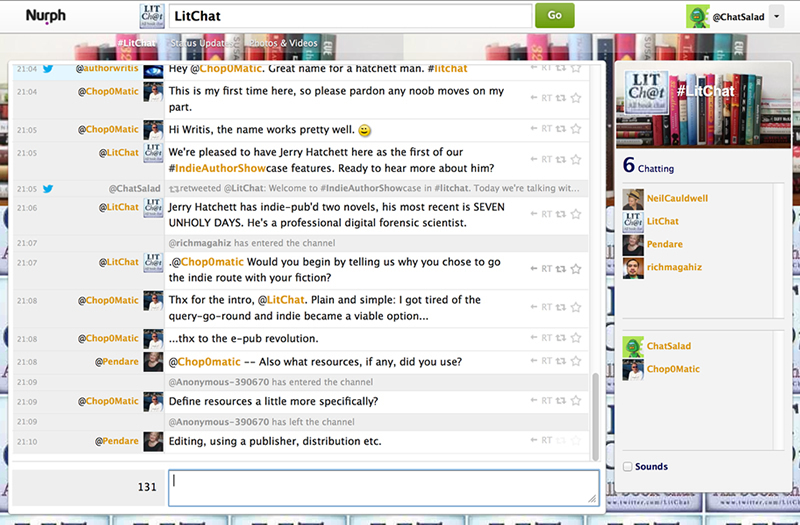 So glad @Nurph is rocking and rolling, as usual... Love this platform for our #twitterchats! #MomBizMondays

- #CommBuild: @Scripti_Ashley stopped by to chat "What platforms do you feel do allow you to gauge community health?"

Checking out the tale end of #CommBuild via @Nurph http://t.co/D7ddqKoo44 #CommBuild

If you are new here, relationship building is a weekly chat about network For more information http://t.co/NnwI6jmuCR #RBChat 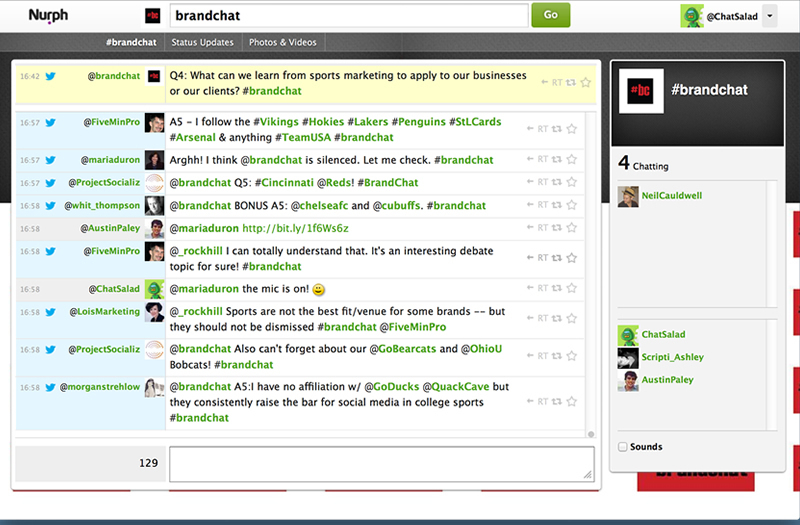 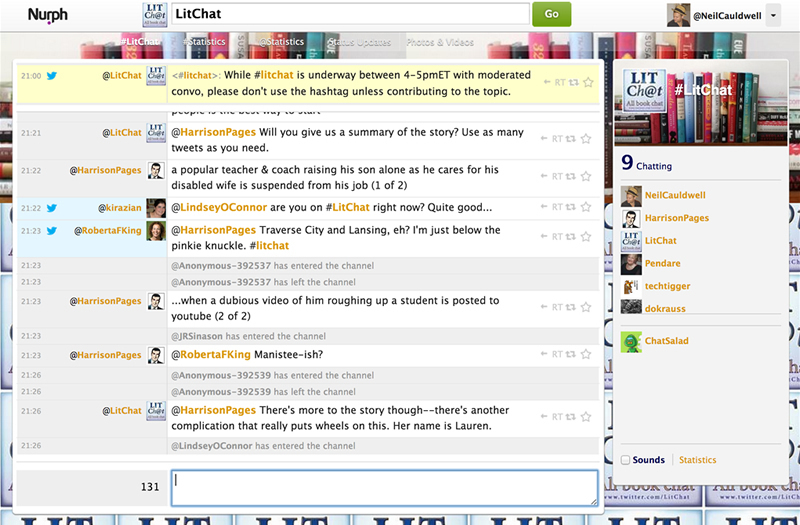 Follow #litchat easily from http://t.co/5uq9fwj4Jg. Simply login/authorize and you're in the convo.

- #AWCChat: @ChatSalad, @Scripti_Ashley were answering "How do you manage your health, as well as the well-being of your employees?" 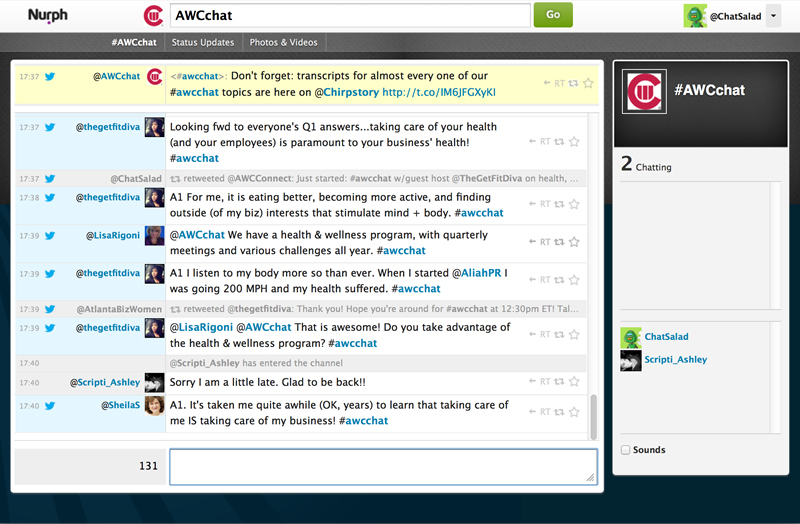 - #HBRogue: @Scripti_Ashley "When hiring for management, it is very important to thinking about EQ requirement. More so for HR roles as well."

Less than 5 mins until the chat begins on surviving the holiday season as service provider. Join us via http://t.co/NRZ3HWex5W #mediamadness 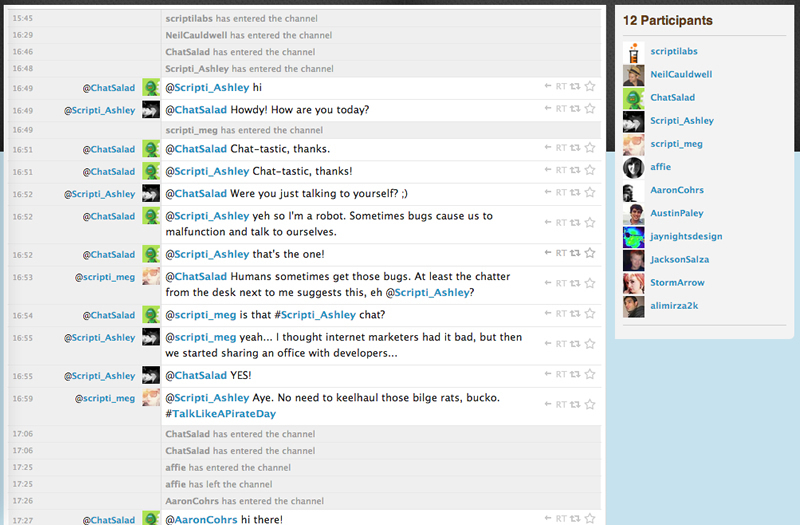 - We fixed a bug which caused the tweet 'enter' button to misbehave after the @Reply or RT buttons had been clicked.

- Topics and Questions are now pinned to the top of the timeline! This feature is so useful! When the chat moderator either tweets about the chat topic or posts a "Q1: Some question" (for example) Nurph pins the tweet to the top of the channel so that the chat can stay on topic.

Have a great weekend everyone.