As the founder of @RubyInside, @CoderIO, co-host on The Ruby Show (among other things!), @PeterC is a well known figure in the Ruby community, and we've been chatting across Twitter for a few years now. Last week I thought it was about time I contacted Peter directly about Nurph, and on the Friday afternoon Peter logged in, tweeted the link to http://Nurph.com/PeterC, and bought several of his Twitter friends together for a real-time Twitter chat. Nurph's Up! 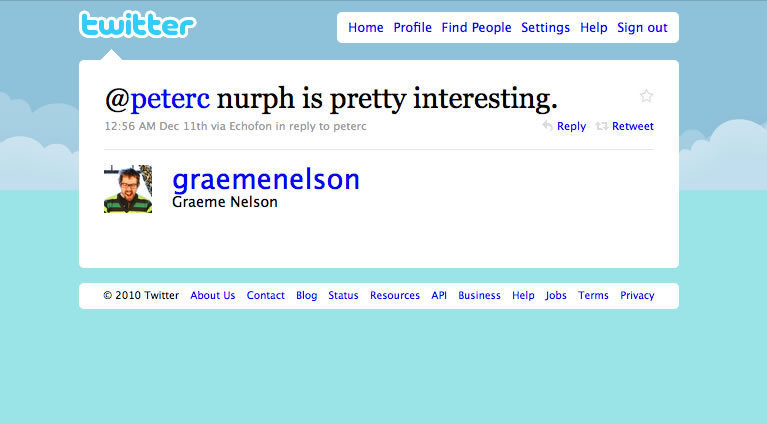 After the session Peter very kindly emailed me with these thoughts & feature suggestions which I've shortened for your convenience:

- Provide archives/logs of the chat that happens in a Channel for follow-up screenshots & sharing (i.e. via transcript URLs)
- Improve and streamline the logging in procedure
- Allow anyone to chat in a Channel, rather than just the people that the Twitter account follows
- Simplify the layout: Peter preferred the thinner design without the left hand 'active channels' list, as seen here: 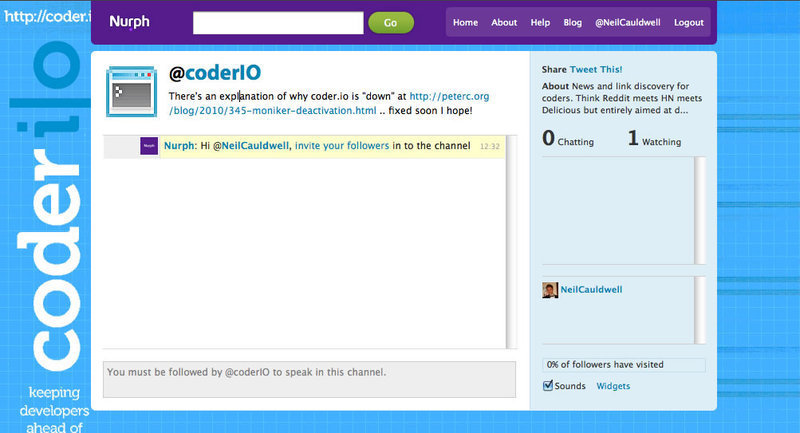 Do you have any thoughts on those suggestions, and would you vote for them too?